“He fell for it, alright,” Tommy said grinning like a spoiled brat who always gets what he want. It irked me.

“Did you make lover-boy upset? Too fuckin’ bad. I don’t even understand how a smart, beautiful girl like you, could fall for a blood-sucker?”

“No, the night is much too young,” he gave me a quick glance, while fumbling for music, “plus, he’s following us.”

“But I made a renez-vous for tomorrow.”

“It doesn’t really matter.” His eyes were on the rear-view mirror, giving up on his music.

“You have to come to my place. That’ll make him angry!” he smirked.

“That wasn’t the plan.” I said pissed off.

“Plans change.” His expression was blank. He was cold as ice, fuming. “I want to kiss him tonight!”

I felt uneasy, uncomfortable in this plan. I didn’t want Alexios dead…my thoughts kept on changing on me.

“I don’t care if you still have feelings for that dead fuck.”

“Stop reading my mind!” I screamed at him.

He blasted the music like an angry teenager. It was some stupid dance song on the radio. After a minute, he shut off the music and turned to me.

“Ellie, do you want him to kill more woman?”

“You know killing is what he does best. He is a killer.”

He slowed down the car and parked at the side of the road. He shifted his body toward me. The street was vacant, no cars in front or behind. I figured he probably lost Alexios or something.

“Listen, Ellie, I don’t want you to get hurt,” Tommy looked into my eyes and then he rubbed his head s if he had a headache. I studied him closely. His blue eyes flickered on me. “You are so difficult. You are truly stubborn, and I think that is what I like most about you.” He leaned in toward me. I didn’t move, waiting to hear what he was going to say next. “When all this is over, I want to take you on a real date.”

“Are you seriously coming onto me?”

“Yes,” he whispered and placed his hand in my hair. “Yes, I am. I’ve never met anybody like you.” I felt electricity storm through me. I liked the way his hand was caressing my hair. “You make me so angry one minute and the next minute I want to kiss you. I want to kiss you like you’ve never been kissed before.”

I looked at his lips beckoning me and his voice tingling through my body. I felt the exact same way, but I didn’t want to admit it.

“I want to kiss you right now,” he said and looked at my lips, gently caressing the side of my cheek and slowly moving his fingertips over my mouth. I was melting at his touch, entrapped by his magnetic blue eyes. I didn’t pull back. I waited. He took his other hand and stroked my other cheek, pulling me closer to him. “So can I?” he mumbled.

“Stop talking,” I managed to say and with one slow movement his mouth was on mine and his hands were in my hair, holding my head tightly. I felt the urgency in his kiss and reciprocated my need. He pulled me closer to him, but the gear shift got in the way and I instinctively jumped over it and landed on top of him in the driver’s seat. His hands grabbed my ass and pulled up my dress. I felt my insides exploding and then I heard a crash from the back of the car. I bolted upright. Tommy looked behind me and said, “Alexios is here, just as I thought he would be.”

What do you think? Cancel reply

This site uses Akismet to reduce spam. Learn how your comment data is processed.

we were bound to meet one way or another

Hit me with your best shot, fire away 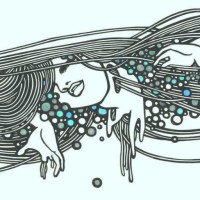 Christina Strigas is a Canadian poet, raised by Greek immigrants, and has written three poetry books. Her latest, Love & Vodka, has been featured by CBC Books in, “Your Ultimate Canadian Poetry List: 68 Poetry Collections Recommended by you.” She is currently working on her fourth upcoming poetry book, Love & Metaxa, which found a home with Unsolicited Press. It is to be released in 2021. In her spare time, Christina enjoys foreign cinema, reading the classics, and cooking traditional Greek recipes that have been handed down from her grandmother.

My Tweets
The Wombwell Rainbow

The world according to RedCat

Musings on life, love, and healing past trauma

A BOLD ATTEMPT IS HALF SUCCESS

writing to air my mind out

Madwomen in the Attic
Incredible India

We're all on a road to somewhere.

A site for the wordly wise!

My heart, mind and soul...transcribed!

Until I know this sure uncertainty, I'll entertain the offered fallacy.